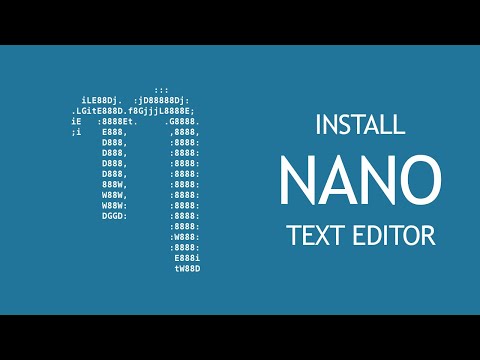 In this tutorial, I’ll guide you on installing and using Nano text editor on your CentOS system. Text editors allow you to create and edit different files on your server using an SSH client without accessing your file system using an FTP client.

You may ask why am I mentioning an FTP client here? Basically, the CentOS system comes with a Vim text editor by default. I found Vim so tricky to use, and I applied a quick trick to edit the files without Vim. I used to access the file system using FileZilla and edit the file.

When I came to learn about Nano, I’m so excited as it’s easy to use like hell. I hope after you go through this tutorial, you will be able to use this fantastic text editor to do all your necessary file editing tasks on an SSH client, indeed.

How to Install Nano Text Editor

Before we start the installation process, let’s check if your system already has it.

To check, run the following command:

If Nano text editor is installed, you will get an output like below:

If Nano text editor is installed, you will get an output like below:

If the output was the latter one, let’s get right to install it.

After that, it will ask your permission to install the package and the public key. Type y and press enter for both of the cases.

How to Use Nano

The syntax to open a file with Nano is the following:

For example, you want to open a file named test.txt; then the command should be the following:

You can edit different file types, like .conf, .txt, .php, .html, etc. using the Nano text editor. Keep in mind that when opening any configuration file, you should put -w after the word nano. This will open the file in a standard format instead of wrapping the texts to fit the window.

The command to open a file with -w option should look like this:

You can see the necessary commands at the bottom of the window. The character ‘^’ means Ctrl for Windows and Control for Mac.

Some other very basic commands are:

Certainly, nano text editor and learning it’s basic commands will help you much to entertain your all text editing needs with SSH very easily.